This is part two in a series of Spectrum White Lightning articles originally written in the late 1980s (when I was a teenager) for inclusion in our ZX Spectrum fanzine, ‘Arcade’. Having re-read my scribblings almost 30 years later, I don’t pretend to understand any of it. It might be useful. It might not. If you do find it useful or, at least, interesting, please leave a comment below.

From the User Manual

“White Lightning is a high level development system for the Spectrum 48K. It is aimed primarily at the user who has commercial games writing in mind and has the patience to learn a sizeable new language. It is not a games designer and stunning results probably won’t be produced overnight, but it does have the power and flexibility to produce software of a commercial standard (with a little perseverance!). "

For some further context for this article, please see ‘Arcade’ - A Sinclair ZX Spectrum Fanzine.

Yes, I’ve made it! Never fear! This feature has made it to its next month. Amazing, isn’t it? Anyway, with the sprites in memory, type this into screen 6 and then type 6 LOAD and then TEST 1 and press ‘Enter’:

Don’t be alarmed if nothing happens, just press ‘Caps Shift’ or ‘Space’ and watch..

‘Symbol Shift’ gets you out.

This routine would be useful if you had a game like Lunar Jetman (in my opinion, the most addictive game yet) which had a scrolling landscape rather like the one in this routine.

Line 3: tests to see if SPACE or CAPS SHIFT are pressed and executes to words LEFT or RIGHT accordingly.

Line 4: Switches attributes off. Tests to see if SYMBOL SHIFT is pressed and stops if it is, other it executes TEST to continue the routine. 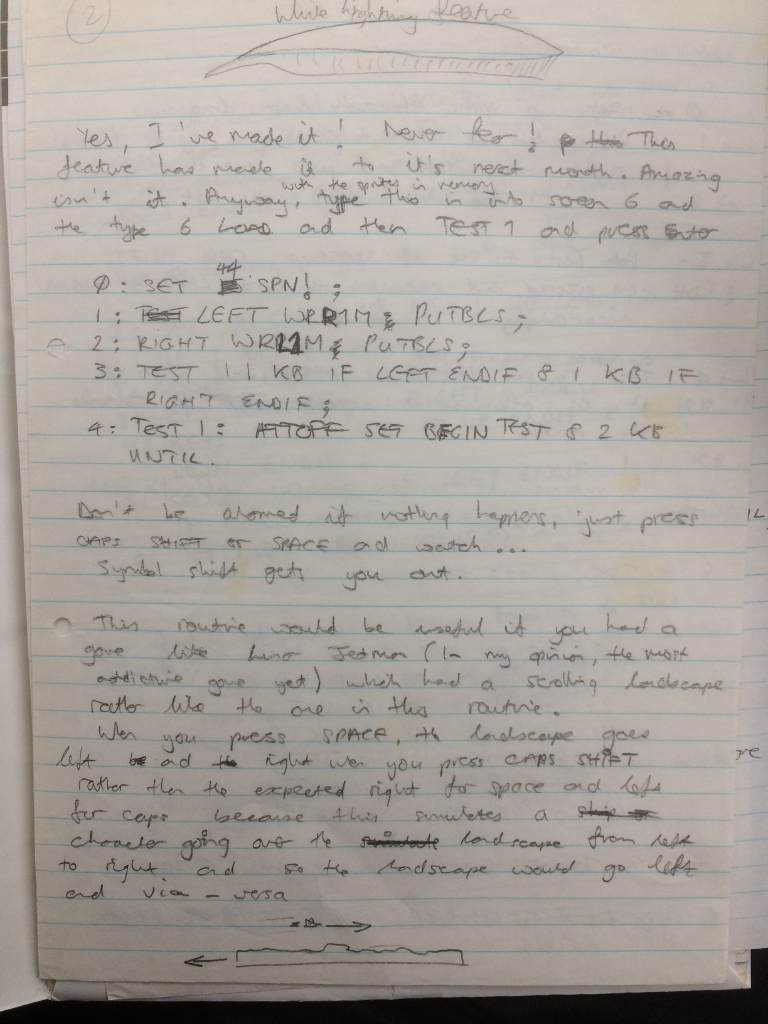 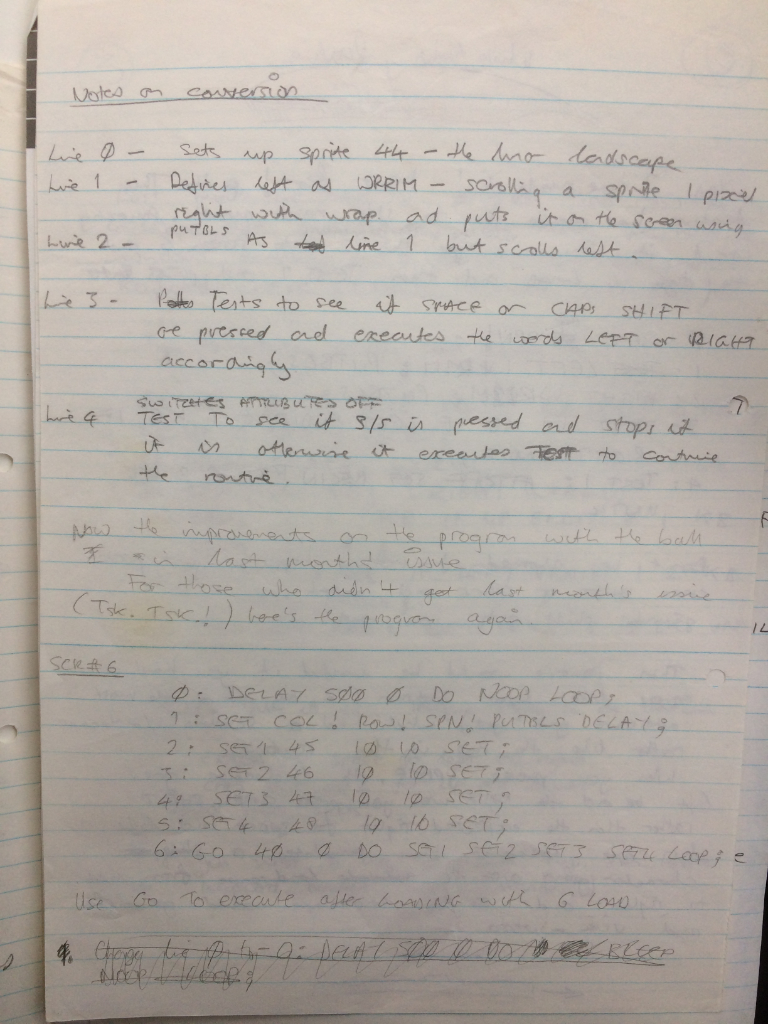 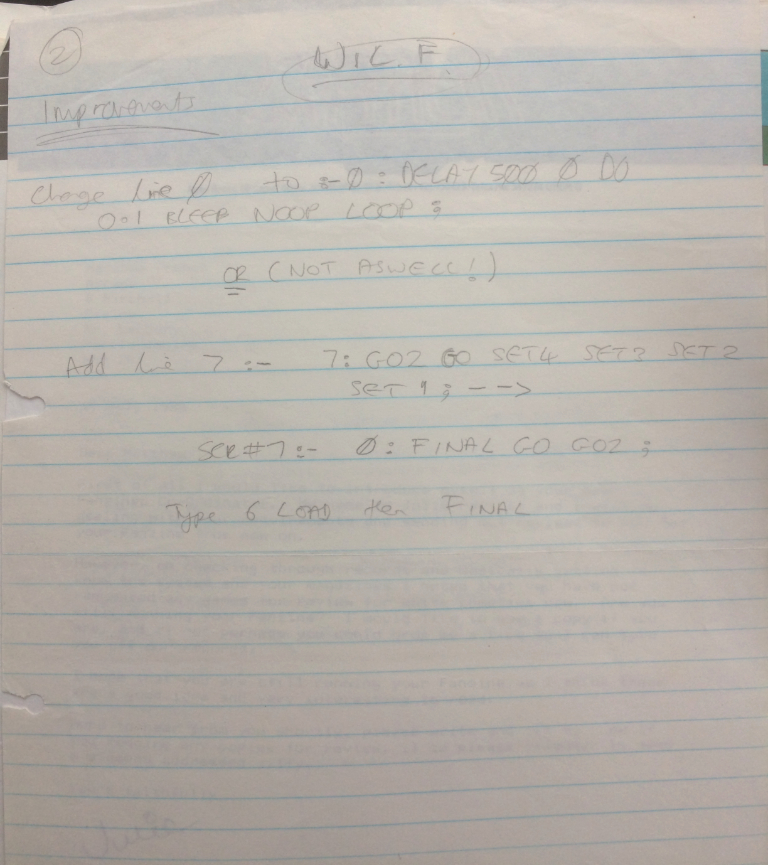