Brief: Create a movie poster, using a composite of different images in Photoshop. Photos should be professionally cut-out, manipulated and blended together to create a carefully crafted and well justified design. The movie you’re designing this marketing poster for is a documentary about a topical world issue that is important you. It should work as an original movie poster, including their traditional tropes but also work as a protest poster against something, activism art. Consider how this poster can benefit your portfolio. 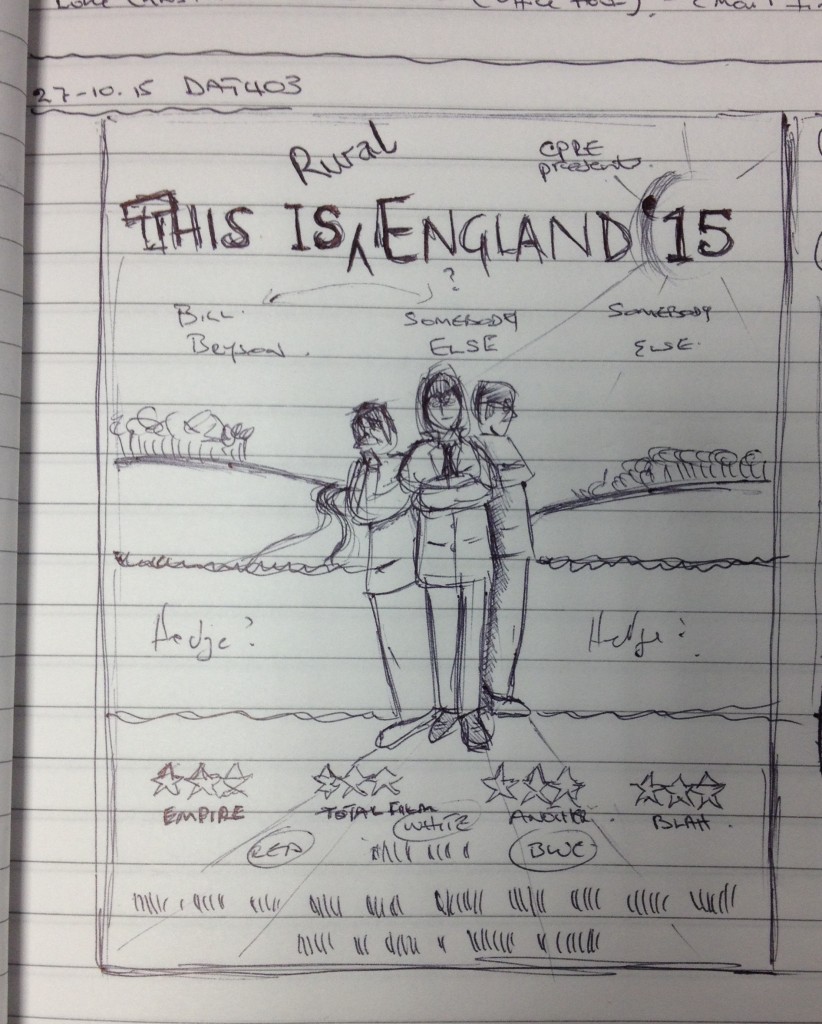 I wanted to combine my fondness for the unspoilt English countryside with my love of Shane Meadows' This Is England film and TV series. I spent some time looking at images of movie posters to identify their common elements and for inspiration.

Once I had determined the requirements of a typical movie poster, I produced these rough pen and paper sketches as initial concepts. 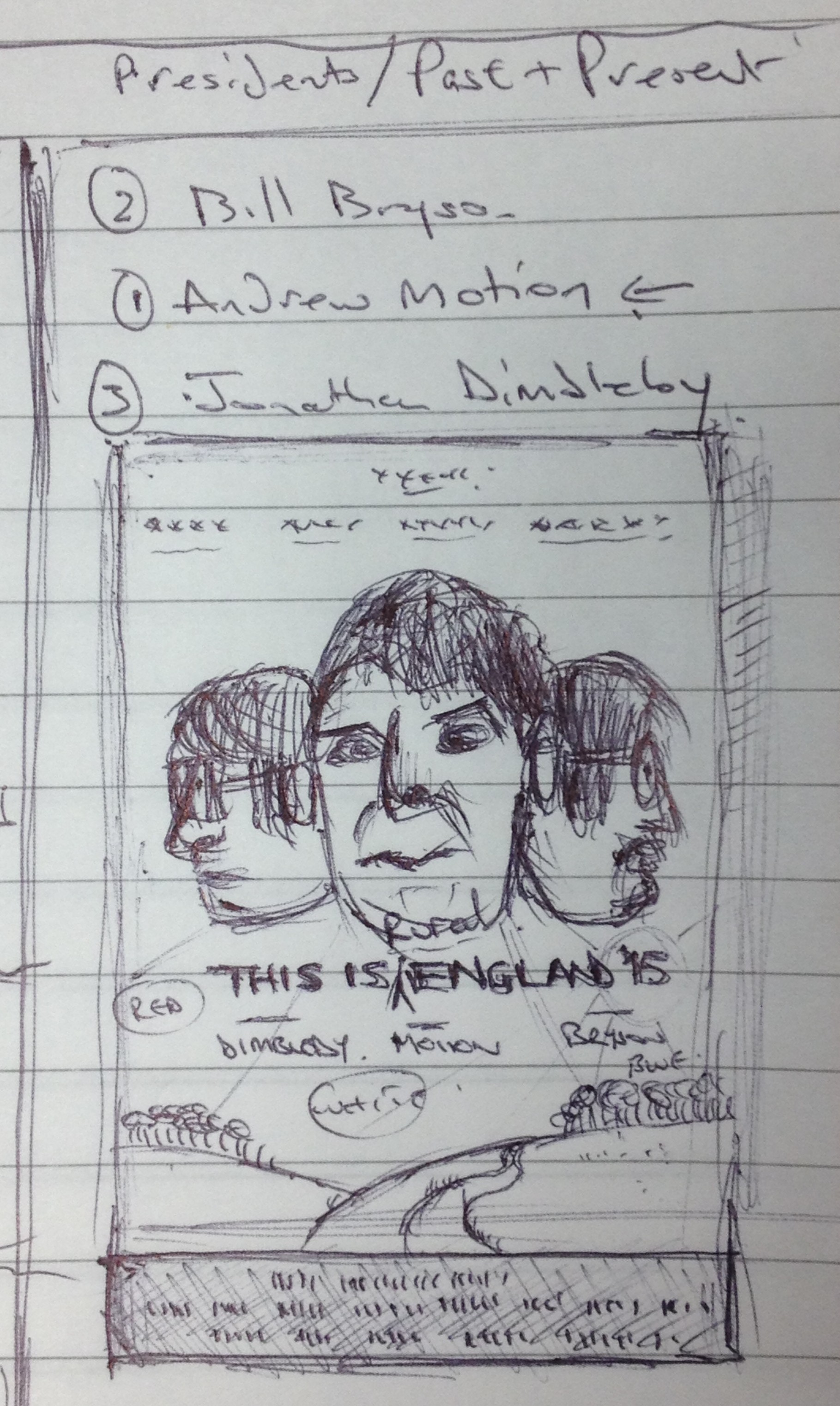 The main elements of the concept poster were to include images of past and present presidents of the Campaign to Protect Rural England (Andrew Motion, Bill Bryson and David Dimbleby). These would be combined with images of rural England, movie poster tropes: credits, star reviews and main ‘cast member’ names.

When I sat down to create the poster, I found the full title ‘This is Rural England ‘15’ was an odd size to fit on the poster. At about the same time, I also decided to focus the subject of my ‘documentary’ on the subject of fracking.

This allowed me to use the short title ‘Frackture’, which I felt conveyed more impact and also meant that I was able to use a large and suitable typeface (Alma Rough) for the main title. This was set against a contrasting yellow ‘caution’-style tape background, to both highlight the title of the piece and to reflect the nature of the subject matter itself. This image was created in Photoshop using the Render Fibres command, combined with motion blur and gaussian blur effects. I duplicated the title text layer as this gave the text some needed clarity. Drop shadow and subtle glow were added as finishing touches to give some pop to this part of the composition. 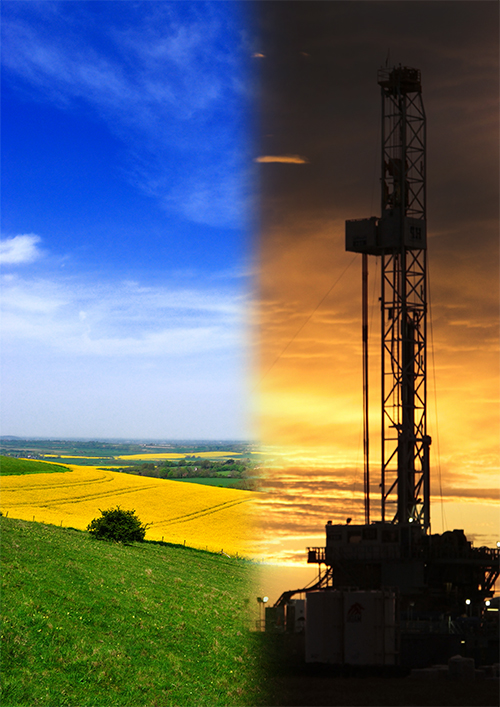 I sourced two images to illustrate and contrast the two sides of the fracking industry argument: the ecologically-minded protesters versus the money-making capitalist industrialists. The ‘industrial’ image was enhanced slightly with Photoshop’s Burn tool to increase the darkness of the clouds to create a more menacing appearance and to ensure the overlayed white text was easily readable. A soft blend between the images was created using the Erase tool. 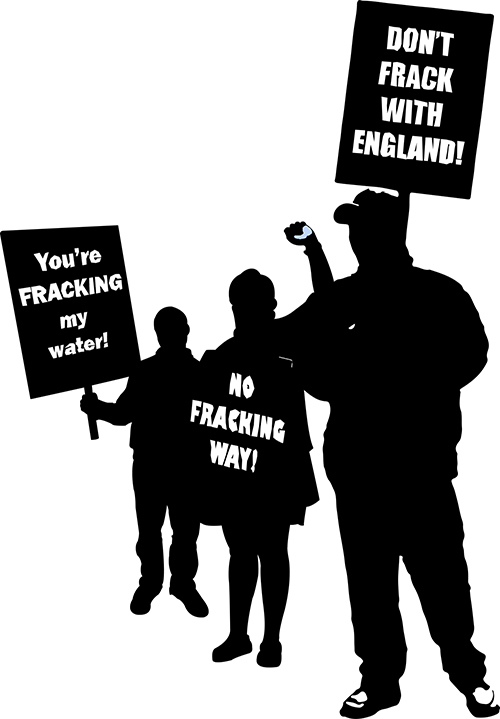 Silhouettes of protesters wielding placards were superimposed on these background images. The placard messages used were taken from real-life images sourced from Google. The protesters were placed both physically and ideologically on the boundary between the two contrasting background images. I chose silhouettes as this gave a more striking and dramatic effect to the overall image, as well as conveying a sense of anonymity and ‘everyman’ aspect to the fracking protest movement. The silhouettes were scaled so as to give a feeling of depth and focus point to draw the viewer’s eye the centre of the image.

The silhouettes were creating using a combination of Photoshop and illustrator. Creative Commons licensed images were sourced from Flickr and individuals were isolated from the background using Photoshop’s selection tools. The outlines were then created using both Illustrator’s Image Trace functionality and manually tracing the image using the Pen tool. 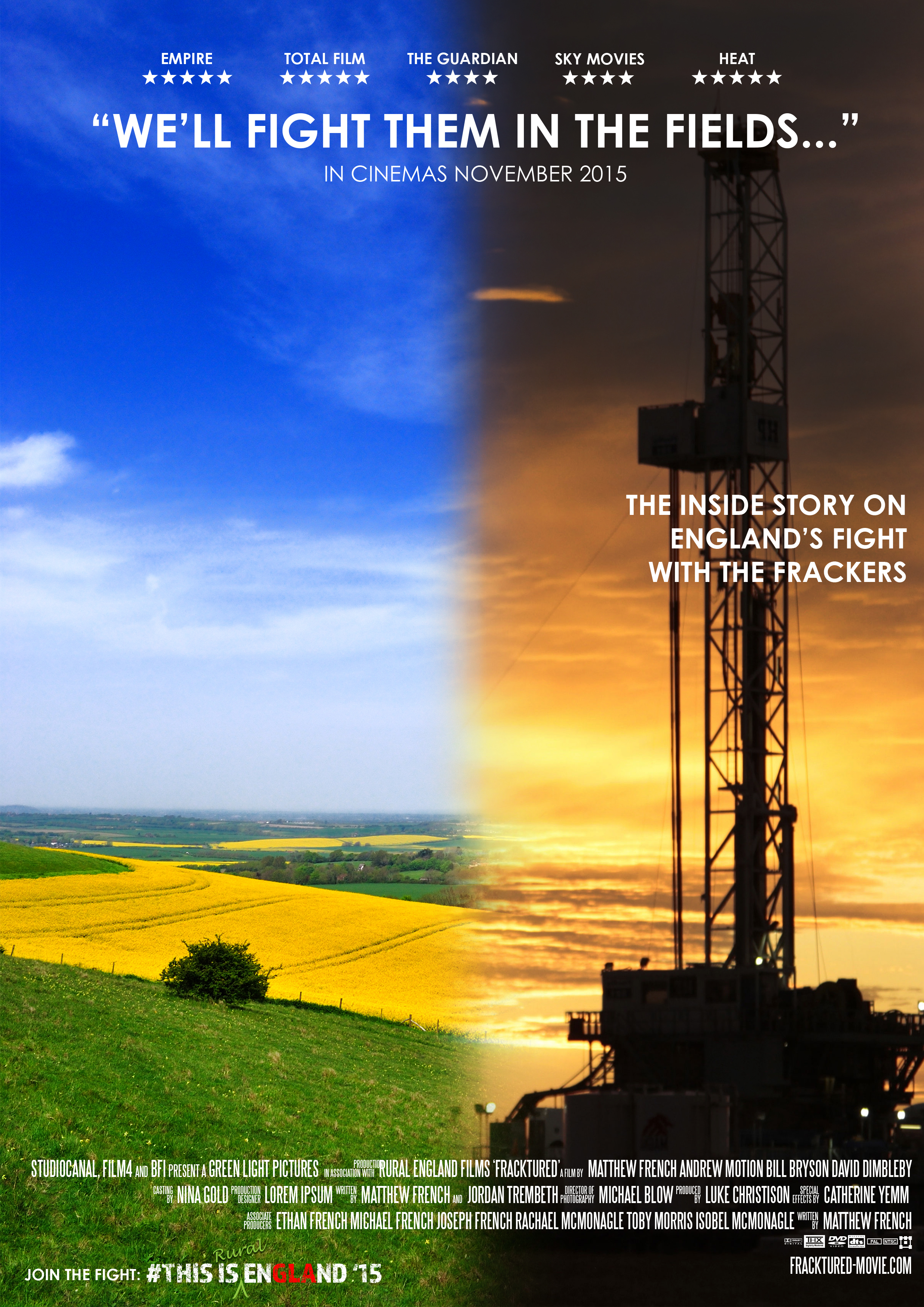 Typefaces were chosen for readability, impact and to mirror the authentic look of genuine movie posters. For example ‘Universal Accreditation’ and ‘Steel Tongs’ fonts were employed for the credit block text. 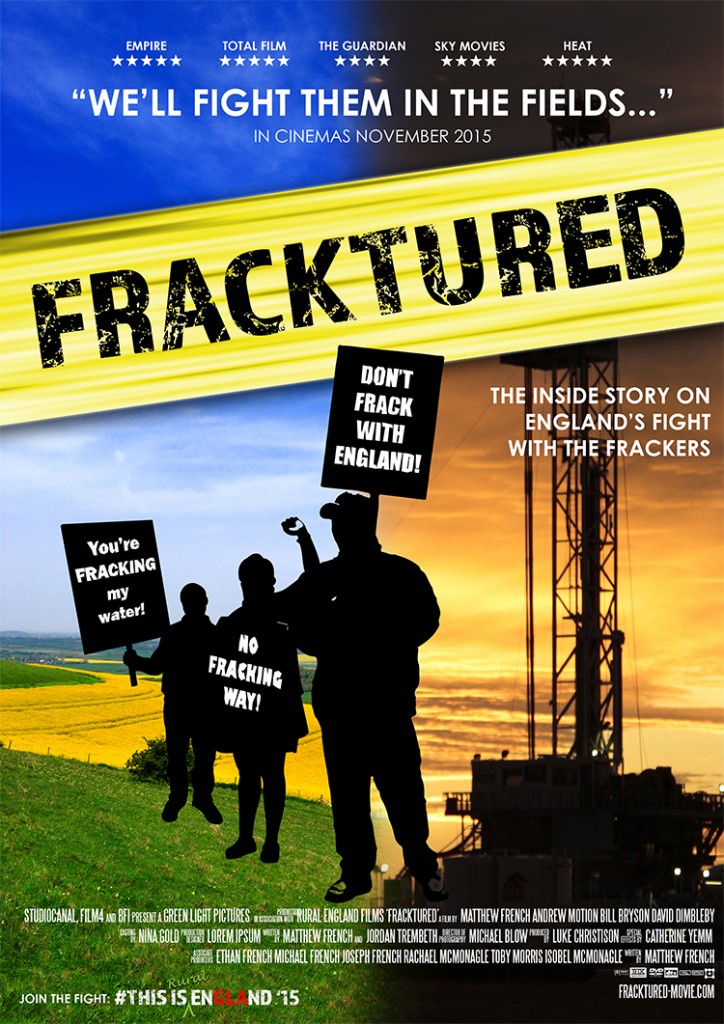