Working in a group of three, we decided to produce a crowdsourced film made up of short video clips of contributors reading a line each from the opening song of TV series, The Fresh Prince of Bel Air.

“Crowdsourcing is a sourcing model in which individuals or organizations obtain goods or services, including ideas, voting, micro-tasks and finances, from a large, relatively open and often rapidly evolving group of participants.”

There was an initial group discussion around:

Lyric sheets were produced as an aide memoire for participants, along with brief instructions: 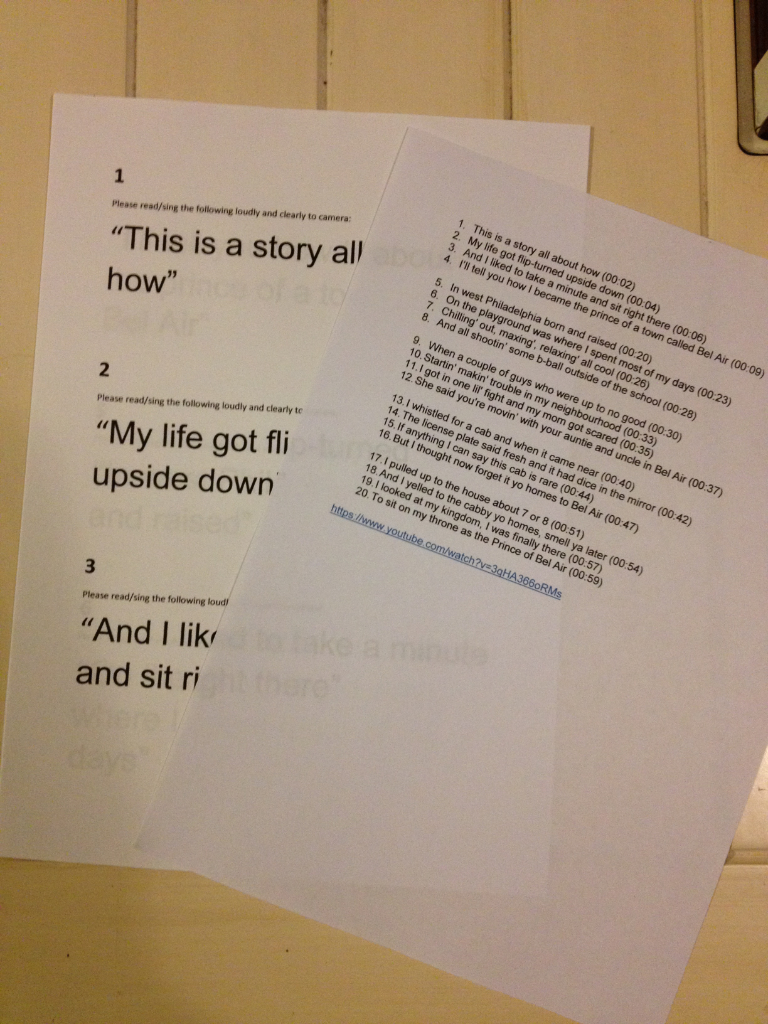 A motivation/reward device (a bag of Cadbury’s Eclairs) was employed to entice people to contribute to the project. 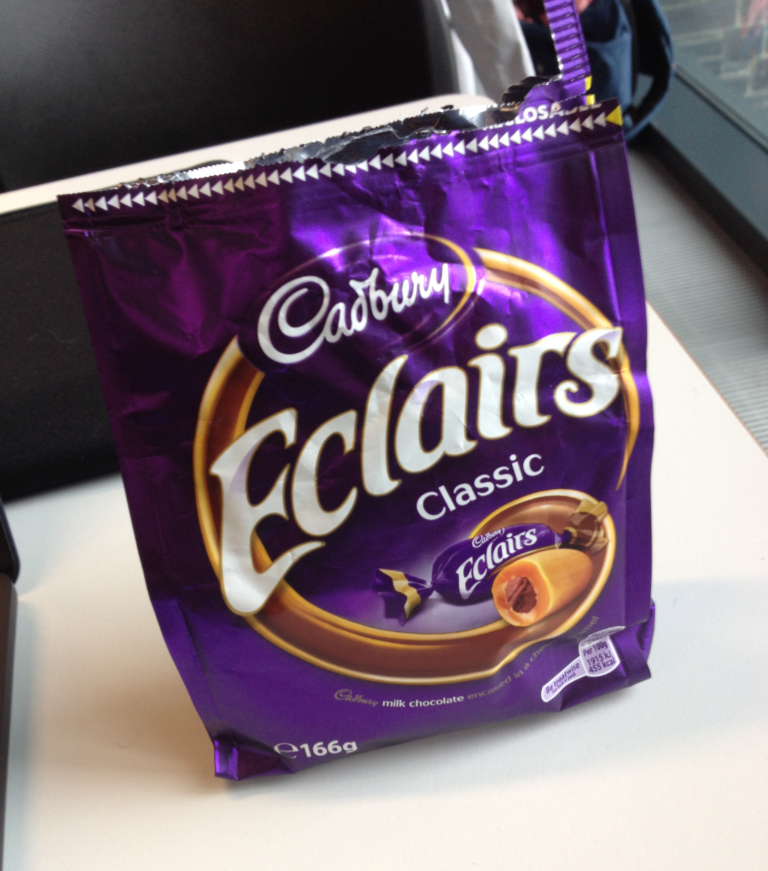 Once the group had attracted the attention of a potential contributor, we explained who we were, what we were doing and what was expected from them. We gained permission to film from each person and a number of people even expressed an interest in viewing the final project.

Each video clip was captured using an iPhone; the group thought this would be more unobtrusive than a DSLR or full-sized video camera. An audio recorder borrowed from the Media Hub was used to capture better quality sound than that available with the iPhone.

All of the video and audio clips were then synced together and assembled into the finished piece using Adobe Premier. There were a number of audio clips that were missing, so these were recorded separately by a member of the team and edited using Adobe Audition.

Reflecting on the assignment, I was pleasantly surprised how co-operative most people were (though male students in groups seemed more willing to participate than female students) and, as a first year, I enjoyed meeting fellow students. I was expecting this part of the project to take much longer than it did and was pleased at the progress we made.

If I were to be involved in a similar project, there are a number of considerations that I would take into account.

The first is privacy. Most people were perfectly happy for the team to film them and use the clip in our project. Others needed a little reassurance that the finished compilation would not be made public. Verbal reassurance was given where necessary, though a formal agreement (if practical) might be more effective in protecting both the group and the contributor.

The second issue is audio quality. We chose the locations to film that we did as we knew these were high trafficked areas, making engaging people easier. However, there was a certain amount of background wind noise and this marred some of the clips. Perhaps a quieter environment would have yielded better quality audio, though it would have made engaging people more difficult.

The final point that I will mention here is that of scaleability. It took us approximately 90 minutes to collect 20 video clips. A larger project of this type, requiring, perhaps hundreds of video clips, might call for a different method of crowdsourcing, as the method outlined in this article would be too time consuming for a small group to undertake. An alternative would be the use of social media to generate interest and contributions from a large number of people, and from a more diverse background.